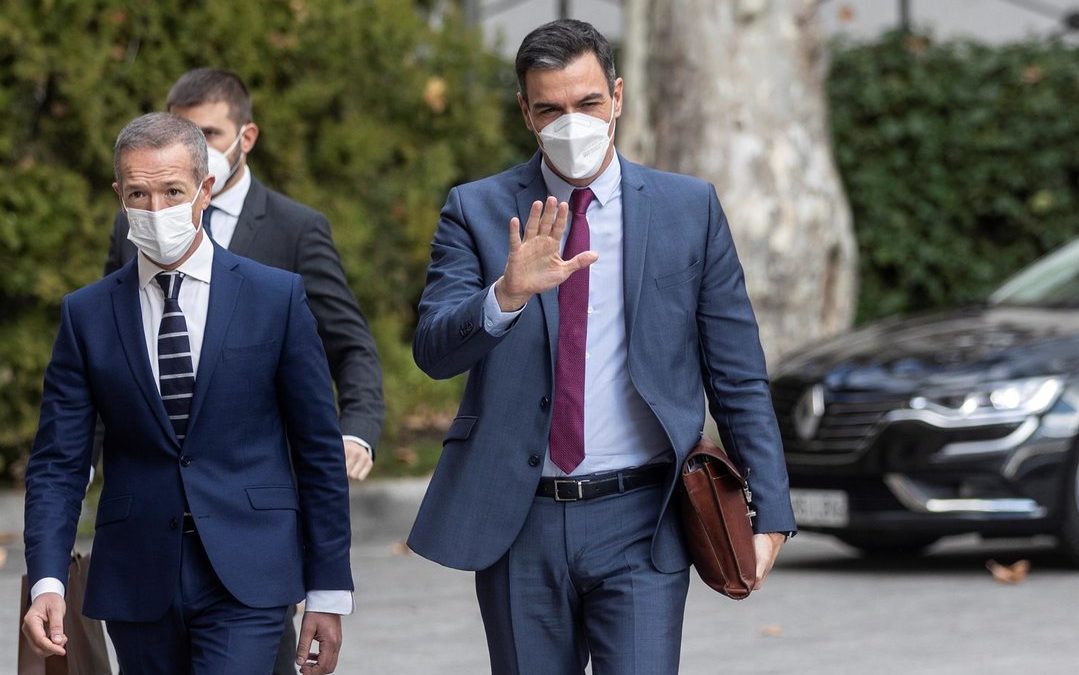 Pedro Sánchez Spanish President confirmed on Monday that the government is considering lifting the requirement for masks to be worn inside buildings, but he didn’t say when this might happen.

“It would be something that is welcomed by society in general, and we hope it will be sooner rather than later,” is all he would say at a press conference with his Danish counterpart, Mette Frederiksen, who is visiting Spain at the moment. Denmark was the first country to end all restrictions, including masks indoors, thanks to the high uptake of the vaccine booster, but cases of Covid-19 have now risen sharply in that country.

Spain has also had a high uptake of the booster, but for the moment the Ministry of Health is not going to take the same decisions as Denmark. “We will do it when science and public health professionals say so,” said Sánchez.

The pandemic situation in Spain is improving day by day and some regions are already making adjustments to the restrictions. In Catalonia from Wednesday, for example, schoolchildren will only have to isolate if they test positive for the virus, and not if they have been in close contact with someone who has it. The move has, however, been criticised by the Spanish government, with Health Minister Carolina Darias saying that all parts of the country should act as one.

The downward trend in the virus in Spain continued over the weekend. On Monday there were 786.05 cases per 100,000 inhabitants over a 14 day period, compared with 919.48 cases on Friday. There were 48,778 new positive cases, which was 20,000 fewer than a week earlier, and the pressure on hospitals is also continuing to fall: on Monday it was 7.56 per cent on wards (7.84 per cent on Friday) and 13.20 per cent in intensive care units (13.79 per cent on Friday). The number of deaths was slightly lower but is still high, with 464 being notified over the weekend.