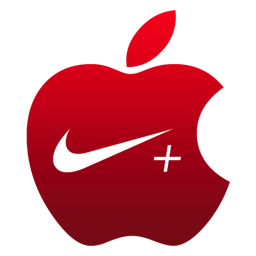 The effects of the measures being taken against Russia after its invasion of Ukraine could be compared to a receding sea before the arrival of a tsunami. There is calm, for now, in the supermarkets, and customers are behaving normally. But there is a palpable sensation that very soon the economy will be shaken to its foundations. The early indications are there: purchases that can’t be completed because a bank has been sanctioned, foreign transfers have been blocked, and the word “smuggling” is on everyone’s lips when discussing goods that, until now, were party of everyday life.

“No more Apple products are being sold, that’s been completely banned,” explains Antón, a store clerk at M.Video, an electronics chain. Standing with his arms folded, he was responding to the question of how much an iMac computer cost. The US tech giant’s products are still on display in the store, but all of their price tags have been removed.

As well as the sanctions put in place by the US and European authorities, more and more companies are deciding to cut their ties with Russia. Apple and Nike are among them. “We are deeply concerned about the Russian invasion of Ukraine and stand with all of the people who are suffering as a result of the violence,” Apple said in a statement supplied to the TechCrunch website earlier this week.

Some stores are resisting the decision, such as a sales point for operator MTS, which was still selling Apple’s wireless headphones. But the company is not backing down on its decision to leave Russia. It has also suspended its Apple Pay payments system, which now cannot be used, for example, in the metro system.

“It’s very uncomfortable for me to talk about this situation, it’s unacceptable,” explains Vladimir Viascheslavovich, a guy who is waiting for a friend outside a store in Moscow. “All decent, normal people are against the war.

The Russian central bank raised interest rates from 9.5% to 20% after news of the sanctions was received, an unprecedented figure in the Russian Federation – even during the financial crisis in the country in 1998. “For the Russian people, not for the politicians, it’s going to be much worse than eight years ago,” adds Viascheslavovich, in reference to the war in the east of Ukraine.

The disappearance of the iPhone is a striking example of this new Russian crisis. According to the Financial Times, other US companies that symbolized the country’s post-Soviet opening up, such as Levi Strauss and Coca-Cola, are still considering whether or not to leave the country. However, the real blow could come from shipping companies whose names are less well known among the general public: Maersk from Denmark, MSC from Italy, and CMA CGM from France.

The three, which practically monopolize the international container-shipping industry, have decided to stop moving cargo to Russia, a country where Maersk and MSC alone account for half of the domestic market. To understand the scale of this move, the rise in inflation that has been seen across the world since last year was due to a post-Covid rise in demand and the lack of transport. Now Russia has been left without ships to import goods from abroad.

“My company brings everything from China in containers,” explains Yulia, who works in the logistics sector, and who spoke to EL PAÍS via telephone. “It’s half of the logistics market, it won’t be possible to order anything in the short term. If prices rose from $2,000 to $15,000 per container in October, imagine how they are going to rise now…”